US nuclear aircraft carrier crosses the waters of the China Sea 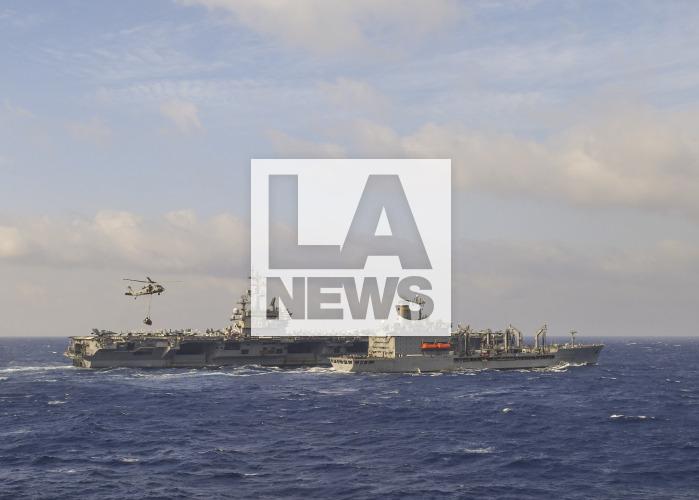 Philippines.- US nuclear aircraft carrier Ronald Reagan navigates alongside the guided missile destroyer JS Myoko of the Japan Maritime Self-Defense Force. Both forces operate, train and exercise together in the China Sea, also known in the Philippines as the Western Sea of the Philippines. The South China Sea is one of the busiest waterways in the world, subject to a series of overlapping territorial disputes, involving the Philippines, Vietnam, China, Brunei, Taiwan and Malaysia, and China claims more than 80 percent. The United States sends its military fleets to the area to carry out the so-called "freedom of navigation" missions. Beijing sees this as provocative movements, and has installed a Washington to stop the practice. 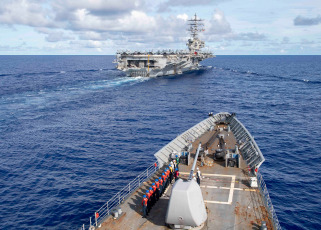 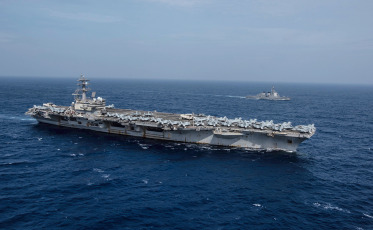