South Korea is the country with the highest density of industrial robots in the world. 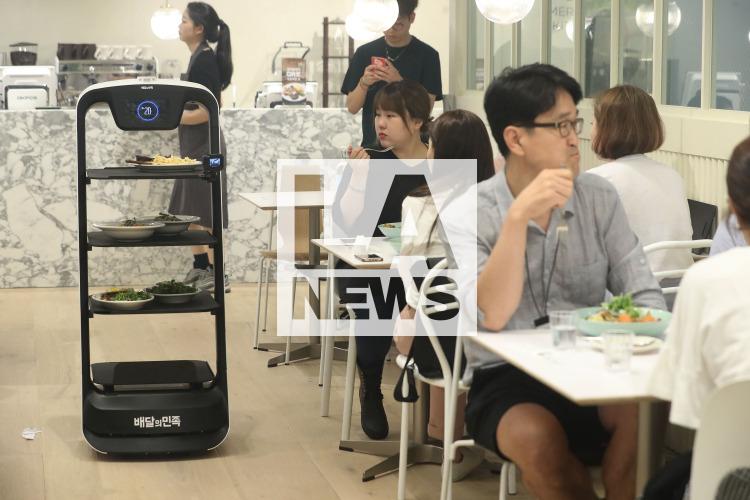 More than 500 restaurants around the world already use robots that serve three coffees in 40 seconds, make different types of noodles, an omelette or a perfect salad, especially in countries like the US, Japan, South Korea or Singapore. South Korea has been an early adopter and automation enthusiast, with the highest density of industrial robots in the world in 2017, with 710 robots per 10,000 factory workers, according to the International Robotics Federation. In the photo, Baedal Minjok, delivery company of Korea Opens New Restaurant baked by self-driving robot. 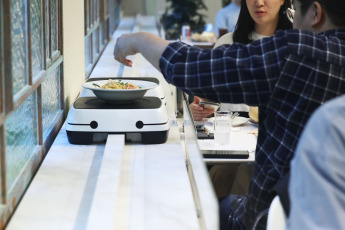 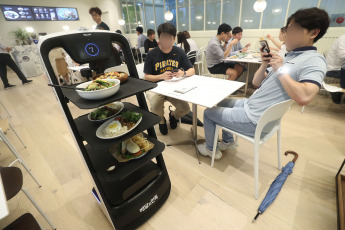 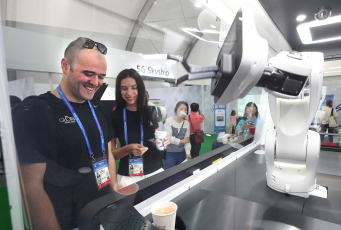 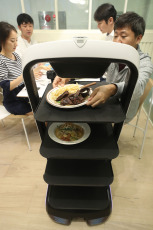 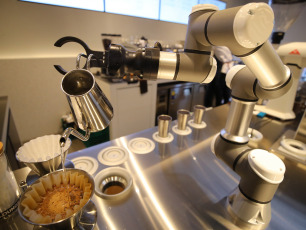