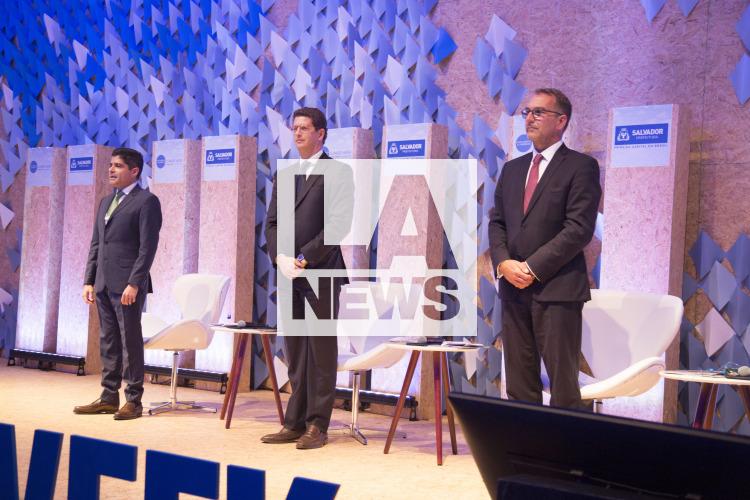 Minister Ricardo Salles in the middle between Antônio Carlos Peixoto de Magalhães Mayor of Salvador da Bahía and Martin Frick UN Climate Change Senior Director, before being publicly promoted by activists during the event promoted by global and regional organizations and serving as a prelude to the United Nations Conference on Climate Change (COP-25), which will be held next month December in Chile. A group of about ten people broke into the room during the beginning of the ceremony and charged against the environmental policy defended by the Government of President Jair Bolsonaro, who has been in favor of the commercial exploitation of the Amazon and the reduction of supervision in protected areas.