Within the framework of the G7 Summit that is taking place in Biarritz, France, the chilean president held a series of meetings with different world leaders while participating in two panels, one focused on caring for the environment, and another on "transformation digital". 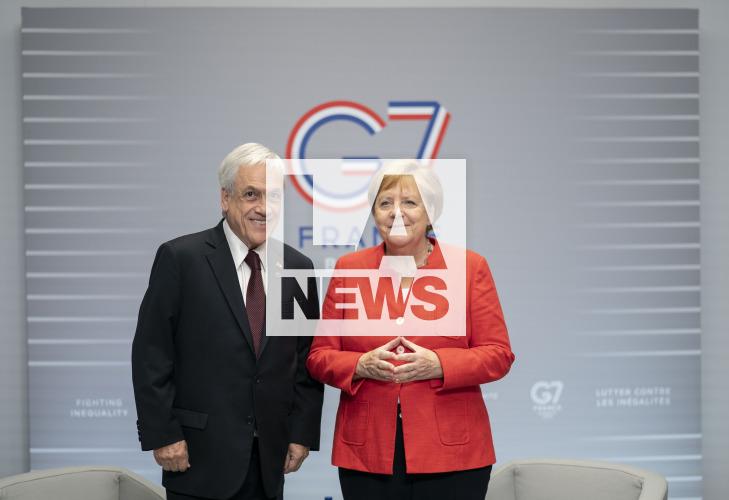 In the photo Sebastián Piñera, President of Chile and Angela Merkel, Federal Chancellor of Germany gathered in the framework of the G7 Summit in Biarritz, France. Already on Monday, the president will participate in the panel on Climate, Biodiversity and Oceans. On the occasion, more active policies to protect the environment will be discussed. This meeting is the first of a series that also involves the Climate Summit in New York and COP25 that will be held in December in Santiago. 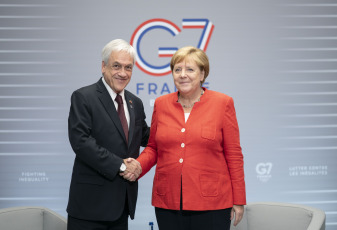 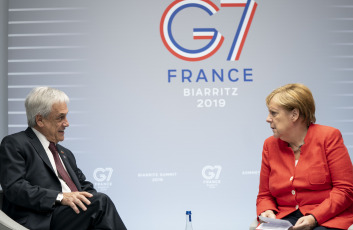 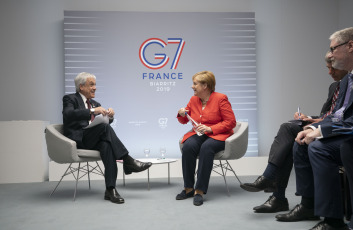