16-year-old environmental activist arrives in New York, after crossing the Atlantic on an ecological sailboat for 2 weeks

NYC.- The 16-year-old Greta Thunberg arrived today (28) to the US, after a trip from the United Kingdom, to participate in the climate change summit that will take place on September 23. 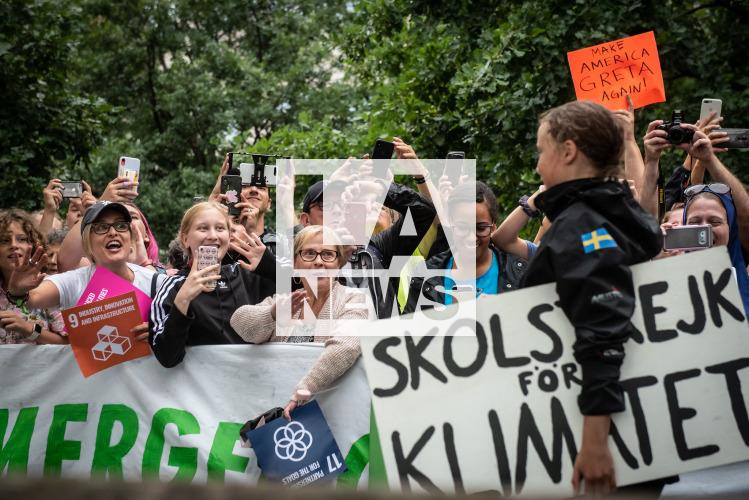 New York, USA.- The 16-year-old Swedish activist, Greta Thunberg, sails on the Malizia II racing yacht in the port of New York. The young woman, who refused to travel by plane to avoid polluting emissions, arrived from the United Kingdom and was received by the United Nations Organization (UN) with a fleet of 17 sailboats. 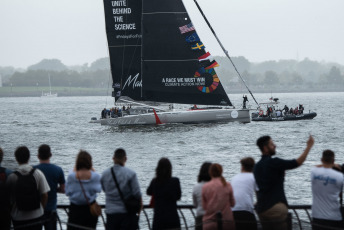 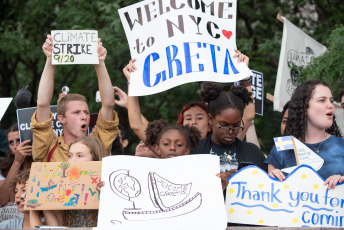 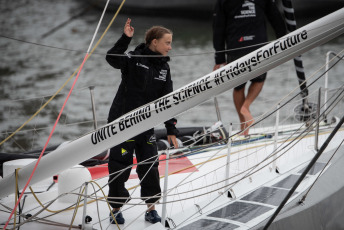