Introducing the game!
Captain Tsubasa ZERO -Miracle Shot- is a real-time soccer simulation RPG in which the world of the latest TV anime “Captain Tsubasa” is completely reproduced. Use familiar characters in the anime such as “Tsubasa Ozora”, “Kojiro Hyuga”, “Schneider”, “Diaz” and “Pierre” to form your own original dream team!

First, obtain players!
You can get players via free Transfer that you can use once a day or by consuming in-game currencies you can get by advancing the stories that relive the world of the TV anime! Various attack skills or defense skills can be set to each player, which is one of the important key elements for winning in a match. There are also skills exclusive for certain players and familiar special moves in the anime can be unleashed!

Set players obtained into a team!
Once you obtain players, set them to build a team! You can select a formation such as the “3-5-2” and the “4-3-3” in Team Formation. You can build an aggressive team, a team focusing on defense or any team that suits your strategy! Not familiar with formations? No worries! An auto-formation feature helps you to build up one.

Have a game with your team!
Once you form a team, you are now ready to have a game! Your players run around on the field on themselves following the director’s (i.e. your) directions!

You can execute a miracle shot when the gauge is filled as a game progresses! The more the gauge is filled the more chains performed. Choose an advantageous player over the opponent keeper to execute the shot and you'll have a better chance of scoring!!

Story mode lets you re-experience the exciting story of the original anime.
The story of the latest anime is reproduced in the story mode! With a game with familiar teams in the TV anime, relive famous scenes!

Events and more!
Content including original events for the game, side stories that were not told in the TV anime, League where players can test out their own abilities and many more!!

[Campaign Period]
After the global release until Friday, November 1, 4:59 (JST)

[Details]
”Release Celebration Up To 300 Free Draw Transfer” begins, where users can perform free 10x Transfer once daily. Users can use the transfer 30 days, meaning that they can draw the Transfer up to 300 times in total?*1?. Log in every day and get the most out of this maximum of 300x?*2? Transfer! Please see News in the app for more details.

After the global release until Wednesday, September 25 at 13:59 (JST)

[Details]
In "Release Celebration Transfer", the drop chances are increased for "All-Japan (Jr. Youth) Tsubasa Ozora" and "All-Japan (Jr. Youth) Taro Misaki". By setting those two players in the same team, Skill Power of each player increases, plus they have "Special Trait" that raises Skill Power depending on the number of Jr. Youth midfielders set on the appropriate position. Further, there is a possibility to obtain players belonging to foreign teams including 3 stars "Hamburg Karl Heinz Schneider" and " Hamburg Genzo Wakabayashi".

In addition, every three times users perform 10x Transfer, they get one free 10x Transfer. There is also one-time-only 10x Transfer for paid Gems that guarantees more than one 3 stars players appear.

*Screenshots used in this document were taken when the app was still under development.
Some features may differ from the actual services. 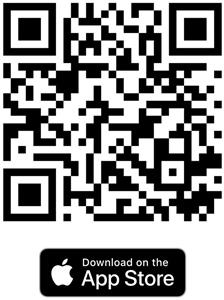 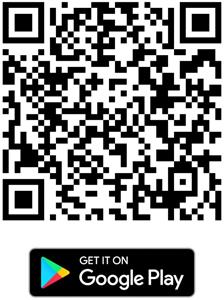