MIAMI, Oct. 15, 2019 (GLOBE NEWSWIRE) -- via NetworkWire – Miami-based Bitcoin technology startup Bitstop today announces it has installed Miami International Airport’s first Bitcoin ATM. Through the ATM, installed this past Tuesday, customers can now conveniently buy or sell Bitcoin for cash while traveling. The Bitstop Bitcoin ATM is located in concourse G next to gate 16.

“We’re excited to be working with Miami International Airport on this historic deal,” said Doug Carrillo, Bitstop co-founder and chief strategy officer. “More and more people prefer to travel with Bitcoin instead of cash for convenience and security. Miami International Airport is a perfect place for our customers to conveniently exchange their dollars for Bitcoin and vice versa when traveling domestically or abroad.”

Using Bitcoin ATMs has become one of the easiest ways to conveniently buy or sell small amounts of Bitcoin for cash. The MIA location marks Bitstop’s 40th Bitcoin ATM installation over the last two months and brings Bitstop’s total Bitcoin ATM count to 130 machines nationwide. The demand for Bitcoin ATMs has exploded and, as a result, Bitstop is on pace to reach 500 Bitcoin ATMs installed worldwide by the end of 2020.

About Bitstop
Bitstop is a Bitcoin technology software company headquartered in Miami, Florida. They are one of the largest Bitcoin ATM software platforms in the world. For more information, visit: https://bitstop.co/ or https://bitstop.co/franchise

A photo accompanying this announcement is available at https://www.globenewswire.com/NewsRoom/AttachmentNg/cda320d1-a5b0-4faf-885b-bcf99d03b190 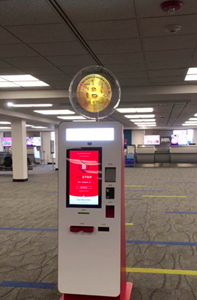