Challenge to Validity of PureCircle’s Patent Is Denied

On September 19, 2018, PureCircle filed a patent infringement case versus SweeGen and its affiliate in the Federal District Court for the Central District of California.

SweeGen attempted to avoid the lawsuit against it by filing a petition for “inter parties review” before the Patent Trial and Appeal Board (“PTAB”) of the United States Patent and Trademark Office, challenging the validity of PureCircle’s patent. The Federal District Court stayed the court case, pending the review by the PTAB.

On October 24, 2019, the PTAB issued a decision in PureCircle’s favor.  It decided, after considering all SweeGen’s assertions, that the challenges to the validity of PureCircle’s patent were insufficient.

The patent at issue is U.S. patent number 9,243,273.  It relates to PureCircle’s proprietary process to produce Reb M stevia sweetener via bioconversion.  Reb M is one of PureCircle’s next generation sweeteners with a taste profile like sugar.  PureCircle has ramped up its ability to produce Reb M in the quantities and at prices its customers need to sell a variety of zero- and low-calorie products sweetened with a plant-based sweetener.

As the result of the PTAB decision and SweeGen’s failure to demonstrate the invalidity of PureCircle’s patent, PureCircle has cleared another hurdle in its patent infringement case vs SweeGen.  PureCircle is pleased with the decision of the PTAB, and looks forward to enforcing its patent rights in its Federal District Court litigation against SweeGen.

Globally, PureCircle has 197 patents granted and approximately 350 patents pending. Beyond patents, and further enhancing its broad-based intellectual property, the company has extensive trade secrets and know-how resulting from years of leading-edge R&D and process optimization in the area of stevia ingredients.  PureCircle’s deep and broad stevia intellectual property evidences its position as the world’s leading supplier of innovative stevia ingredients.

Media may direct inquiries to: 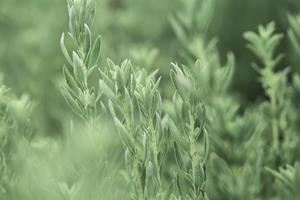