NEW YORK, Aug. 08, 2019 (GLOBE NEWSWIRE) -- WOODFINE MANAGEMENT CORP., acting as agent for Woodfine Capital Projects Inc. (the “Parent Company”) and sub-agent for Woodfine Professional Centres Limited Partnership (the “Canadian Fund”), announces that Vector Casa de Bolsa, S.A. de C.V. (“Vector”), has accepted a non-binding proposal to collaborate, in order to evaluate and arrange for investors to make investments through “Certificados de Capital de Desarrollo” (“CKDs”) or any other vehicle authorized by the Mexican authorities, in (i) $10 million worth of LP units issued by the Canadian Fund, at $100 per unit, (ii) $3 million for 150,000 common shares issued by the Parent Company at $20 per share, and (iii) LP units issued by Woodfine Professional Centres II LP (the “US Fund”) and Woodfine Professional Centres III LP (the “Mexican Fund”), once prospectuses in respect of the initial public offerings of LP units in the US Fund and the Mexican Fund have been approved; (iv) or other assets established by the Parties.

The Parent Company will issue bonus shares to Vector, or the entity that Vector chooses, in three tranches equal to 6% of issued capital (maximum 18%) on completion of each of the investments above. 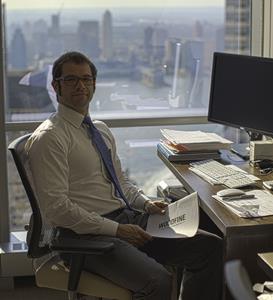